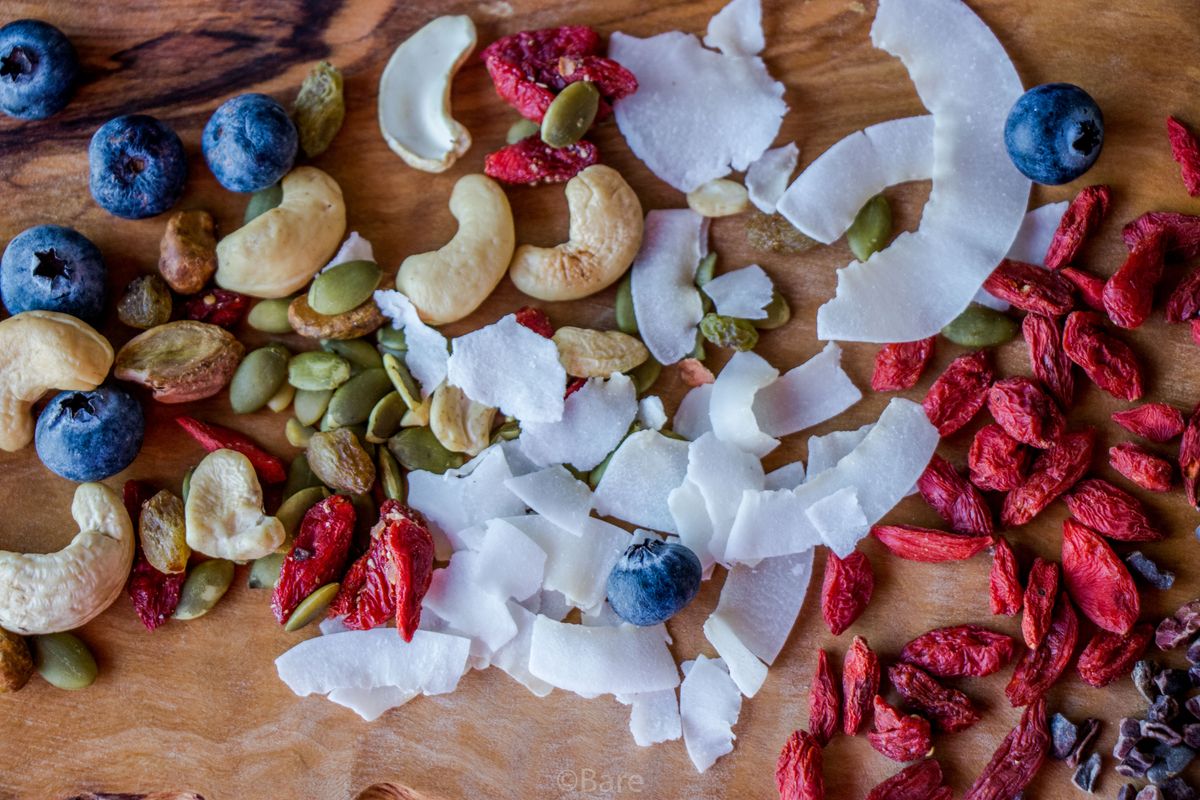 Lessons for America About How To Combat Childhood Obesity

The fast-food industry has significantly impacted America’s food and beverage trade, and proceeds to dominate on a global scale. According to statistics, the fast-food industry’s net worth is expected to increase from $190 billion to $232 billion by 2020 (McDonalds, 2017). While fast-food is certainly convenient, increasing attention has been drawn to its negative impact on childhood obesity. The reluctance from fast-food companies to provide consumers with adequate nutrition labeling and health warnings contributes to childhood obesity on a global scale. Examples from the Netherlands (Timmermans, 2018), India (Kashyap, 2017), and China (Wang, 2016) regarding the impacts of fast-food on childhood nutrition provide the world with an understanding of how childhood obesity is impacted by the prevalence of fast-food, why fast-food should be a public health concern, and how changes can be made globally.

Today, one out of every six children in the developed world is overweight or obese (Cava, 2017). Statistics from the Organization for Economic Co-Operation and Development display that childhood obesity has increased by nearly 10% worldwide in the last decade (Cava, 2017). America, having the highest rate at 31% of the population, seems to be paving the way for other nations as they begin to adopt a Western diet (Cava, 2017). It is no surprise that the statistics for the growing prevalence of American fast-food chains, such as McDonalds, mimics the trend line for childhood obesity rates. According to statistics, McDonalds continues to rapidly expand on a global scale from having just above 30,000 locations outside of the United States in 2005, to having nearly 37,000 locations in 2016. That amounts to an approximate 25% increase in McDonalds eating establishments across the globe (McDonalds, 2017). As childhood obesity continues to increase, so does the prevalence of chronic diseases such as diabetes that were uncommon amongst children in the past.

Adiposity promotes the development of various maladies such as cardiovascular disease, hypertension, cancer and type 2 diabetes mellitus (Clarke, 2000). Traditionally, these diseases develop during adulthood. However, several children are now diagnosed with chronic disease, and experts claim that it is a consequence of poor diet. According to the American Journal of Preventative Medicine, the consumption of fast-food is associated with a higher BMI score, higher body fat percentage, and increased odds of being obese (Fraser, 2012). Increasing the odds of obesity simultaneously increases the odds of developing chronic disease, and no data suggests otherwise. Since it is now recognized by experts that our food is essentially harmful, it is unjust to leave the public in control of managing their own diet. Fast-food should be viewed as a public health concern. Lessons from the Tobacco industry provide us with insight as to how effective public health intervention can be in eradicating harmful practice.

Unlike tobacco, food and physical activity are essential to life (Mercer, 2003). However, researchers from the America Journal of Clinical Nutrition state that due to the commonalities between the fast-food and tobacco industries, there may be a way to control obesity as we have controlled the use of tobacco (Mercer, 2003). The article claims that advertising pressures influence usage and consumption, and that while clinical intervention by health care professionals is certainly effective, alone it cannot decrease cultural acceptability and pressures and cues to smoke (Mercer, 2003). It is thought that clinical intervention works similarly with fast-food (Mercer, 2003). Other factors such as proximity and commonality also influence fast-food consumption, particularly amongst children. The Netherlands approach highlights the efficacy of fast-food industry’s strategic implementation of establishments, and how their presence promotes childhood obesity (Timmermans, 2018).

A study published in the Journal of Environmental Research and Public Health aimed to explore and define socio-economic differences in urban school food environments in The Netherlands (Timmermans, 2018). Findings regarding the relationship between location of fast-food eating establishments, magnitude of unhealthy products sold, and prevalence of childhood obesity amongst different socio-economic backgrounds were interesting and significant. Retail food outlets, ready-to-eat products, in-store food promotions and food advertisements in public space were determined within a 400-meter walking distance of all secondary schools in the 4thlargest city of The Netherlands (Timmermans, 2018). Researchers found that in total 115 retail outlets sold ready-to-eat food and drink products during school hours. They also found that unhealthy options were more often for sale, in-store promoted or advertised in comparison with healthy options (Timmermans, 2018). While researchers noted that unhealthy food was generally more often available in retail outlets, they found very few socio-economic differences amongst the food environments observed (Timmermans, 2018).

Fast-food outlets were more prevalent in the vicinity of schools in lower socio-economic food environments. However, exposure to advertisement, and magnitude and consumption of unhealthy products remained nearly equal amongst both groups (Timmermans, 2018). Scientists concluded that efforts must be made in all school areas to make the healthy option the default option during school time (Timmermans, 2018). Furthermore, this study suggests that it is not only a matter of proximity and availability, but also a matter of insufficient nutrition education that is contributing to the increase in childhood obesity. The adoption of a Western diet certainly isn’t limited to European consumers. Other nations such as India also experiencing an increase in obesity amongst adolescent’s due to similar circumstances, display why fast food should be a public health concern.

Even in economic slowdown, the fast-food restaurant sector managed to grow in Nagpur, India, along with childhood obesity rates. (Kashyap, 2017). A study from the International Journal of Application or Innovation in Engineering and Management suggests that consumers in India have shifted their buying habits to mimic those of American consumers, and this action has consequently caused an increase in childhood obesity rates (Kashyap, 2017). According to researchers, Indian consumers feel that ordering fast-food items or visiting fast-food eating establishments symbolizes a higher standard of living, and a better quality of life (Kashyap, 2017). Scientists found advertisements that promote unhealthy fast-food items and Western customs via various platforms to be highly effective as they drive consumers to believe that because products are cheap, quick and delicious, they are the best option (Kashyap, 2017). Through creative advertising, wealthy fast-food companies can promote their products in a positive way. Being that America is considered a world power, it is easy for consumers in other countries to believe there is a benefit to adopting a Western lifestyle. However, there is a lot of information that consumers are not made aware of.

There is a vail between the consumer and the negative impact of the fast-food he or she chooses to consume. Consumers are not regularly exposed to warnings that consuming a traditional Western diet promotes obesity, and can lead to the development of chronic disease (Clarke, 2000). They are not made aware that the policies of trade liberalization over the past two decades have implications for health by virtue of being a factor in facilitating the ‘nutrition transition’ that is associated with the rising rates of over nutrition, promoting obesity (Kearney, 2010). They do not understand the immediate health, environmental, and economic implications that result as a consequence of consuming the food they are purchasing. They are not made aware of how their fast-food is produced and processed, what chemicals and preservatives are present in their food, and what potential health hazards their food possess. While these issue are certainly present, their severity has been neglected. Due to the data generated from various studies, and examples previously identified, the regulation of fast food should be a public health concern. Lessons from China exemplify how we can combat the negative influence of the fast-food industry with public health intervention.

As seen in other nations, China has recently experienced a rapid increase in its fast-food industry, and adolescent obesity (Wang, 2016). Wang, et. al, from the International Journal of Environmental Research and Public Health determined how public health intervention can have a positive impact on reducing the consumption of fast-food. Researchers found that the rapid increase in fast-food consumption is being fueled by the substantial increase in supply. (Wang, 2016). This finding suggests that there is no public demand for fast-food, and that instead the fast-food industry is creating its own market by strategically implementing eating establishments that force consumers to choose an unhealthy option. When the fast-food industry began to expand in China, policies to monitor and regulate the food system were lacking (Wang, 2016). Once laws and policies were enacted to help reduce fast-food consumption, encourage fast-food restaurants to sell healthier food, and ban child directed fast-food television advertising, positive changes began to occur (Wang, 2016). Policies were established to incorporate comprehensive worksite wellness interventions in the workplace that consequently improved worker’s diets (Wang, 2016). Researchers found that far less calories were consumed from fast-food eating establishments when a policy that required restaurants to label their menus with energy content of food was enacted. Finally, scientists also observed that banning child-directed fast-food advertising reduced obesity rates, and that limiting marketing toward children can improve diet (Wang, 2016). These examples from China prove that public health intervention can be effective in reducing childhood obesity rates, and sways consumers to make healthier lifestyle choices. While this research certainly drew notable conclusions, some may claim that fast-food eating establishments are a necessary component of urban communities.

Some might argue that while fast-food is certainly unhealthy, consuming it in moderation is thought to be acceptable by very few health care professionals. The fast-food industry provides hard working parents with an outlet for providing quick and easy meals for their families. The pioneers of the fast-food industry including Carl N. Karcher, the man responsible for franchising McDonalds, was able to make a substantial living (Schlosser, 2012), which some could argue paved the way for future fast-food connoisseurs, and is an example of the national ethos of the United States. While these points may be taken into account, the fact of the matter is that few have benefitted from the promotion, sale, and consumption of fast-food in comparison to those who have suffered from it.

While studies conducted in The Netherlands, China and India highlight different aspects of causation and prevention related to the childhood obesity epidemic, all studies allude one commonality to be true: fast food is dangerous to our health, and the consumption of it yields no benefit. The Netherlands study teaches us that the establishment of fast-food restaurants in close proximity to schools causes an increase in childhood obesity rates. India exemplifies that marketing by fast-food companies fails to warn consumers about the potential health hazards that result as a consequence of eating their products, suggesting a need for public health intervention. China promises for a better future by displaying how public health intervention can reduce childhood obesity rates, and promote healthy lifestyle choices. By simply understanding the negative impact the fast-food industry has on the environment, the economy and health, we as consumers choose to shed light on a topic that has been neglected for decades. We as consumers have a choice each and every time we purchase food, and sit down to enjoy a meal. We have a choice to promote health and wellness, celebrate and enjoy local produce, and make the choice that will sway fast-food industries to either retail healthier options, or go out of business. We can choose to end childhood obesity. We can choose to reduce prevalence of chronic disease. We, the consumers, can be responsible for making the world a healthier place.

and Obesity: A Spatial Analysis in a Large United Kingdom Population of Children

Industry with Reference to Shift in Consumer’s Buying Habits in Nagpur City.

Nternational Journal of Application or Innovation in Engineering & Management.

Industry in China and Its Potential Impact on Obesity. International Journal of